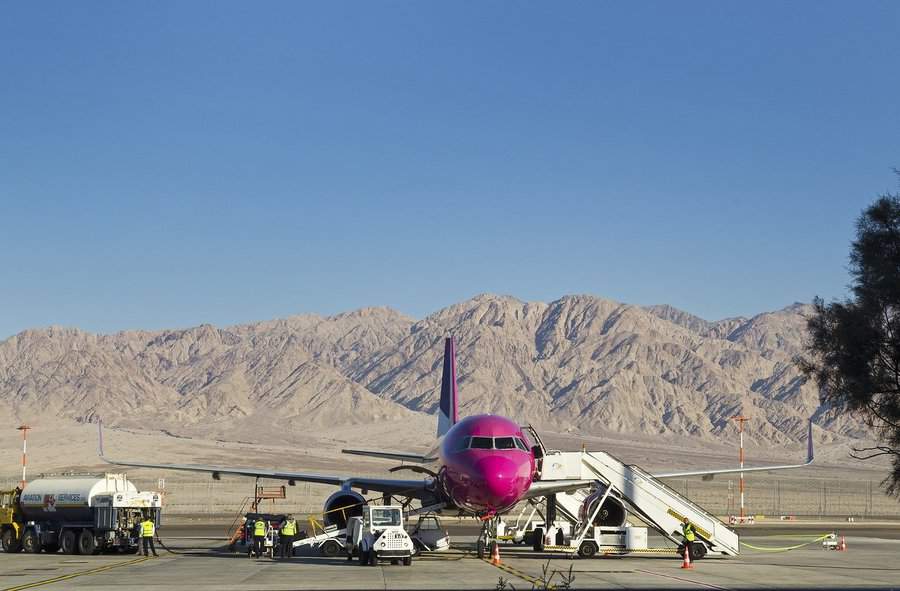 Fuel is the lifeblood of any successful airline. Without it, aircraft would be grounded indefinitely. Busy airports can need to refuel over 1600 aircraft a day, that?s a lot of fuel! But where do they get it from?

Airports use so much that they are supplied by a pipeline from a refinery. This fuel is stored off-airport and then transported to the airport by truck or via a direct pipeline to a hydrant system. The aircraft are filled directly from this hydrant system or a dedicated truck.

How is fuel delivered to airports?

Aviation fuel begins its life at a refinery, this is a place where crude oil is separated for use in various applications. Once it has been refined and separated it is then piped directly to huge storage tanks, which are located off-airport.

The fuel still has to get to the airport. From the off-airport storage tanks, it is transported to smaller storage tanks on the airport itself. This can be done in two ways, either through another pipeline or by a series of large trucks.

How is the fuel delivered to the aircraft?

There are two ways for the fuel to reach the aircraft.

The most common way for aircraft to be gassed up, especially at large airports, is from an underground hydrant system. The ground under the airport is crisscrossed with a network of pipes that feed hydrants under each aircrafts parking position. A trained operative will connect a pipe directly to the hydrant and pump fuel up into the aircraft?s tanks.

Alternatively, in more remote parking positions, or at smaller airports, the airplanes are replenished by a truck. This truck goes back and forth to the main airport storage tank to top up its stock after each refueling operation.

Where is aviation fuel stored?

The reason it is stored in bulk off-airport is to guard against things such as contamination. If the entire supply of fuel was stored at the airport, and it became contaminated then a huge quantity could be ruined. By delivering and storing smaller amounts at the airport, this situation can be avoided, and if there is a problem it can be easily isolated.

How long can it be stored?

The good news is that aviation fuel lasts pretty much indefinitely. The tanks in which it is stored are insulated and monitored continuously to ensure that the fuel stays in really good condition. Which, bearing in mind where it will eventually be used, is crucial.

Suppliers have to guard against two things when it comes to aviation fuel. Moisture and air. If either of these things were to find their way into an aircraft engine, it could spell trouble.

How is aircraft fuel checked for air and water?

When the fuel is delivered to the airport tanks it is left to rest, this is so that any air that has become incorporated can separate and be released. The tanks are normally vented to allow this air to escape.

The fueler at the aircraft (and sometimes the pilot) will perform a final check to ensure that there is no water in the fuel. This is quite a simple check. The fueler will draw a thin tube of fuel from the feed line and examine it visually. Because water is heavier than kerosene, it will appear as clear bubbles that sink to the bottom of the tube.

Which fuel is used in aviation?

Generally, there are two types of fuel used in aviation. The type used depends on which engine is fitted to the aircraft.

Most smaller aircraft, such as a Cessna, are powered by a piston engine. A piston engine works in the same way as the engine in your car. Piston engines in aircraft use a type of fuel called Avgas.

Most modern commercial airlines use jet turbine engines. Jet turbine engines run on a fuel called ?Jet A?. There are a couple of reasons why jets use a different type than smaller piston-driven aircraft.

Due to the altitudes that Jet aircraft operate at, the fuel can be subject to very low temperatures. It must also be delivered to the aircraft engines at very high pressure. Avgas is too unstable to work in either of these situations.

How is aviation fuel made?

All types of oil-based products are refined. In simple terms, crude oil arrives at the refinery where it is heated. As it is heated it produces vapor. This vapor is collected and condensed at different stages to form different types of fuel.

How aviation fuel differs from gasoline

It should be pretty obvious that cars don?t run on aviation gas, and jets don?t run on motor gasoline, but what is the difference in the types of fuel?

Without going too deep into the science we can simply say that Jet-A is kerosene. It is very similar to diesel. It is used because it has unique properties that are highly useful in aviation.

Jet-A is also injected with lots of additives to make it really stable. These additives include anti-bacterial agents that prevent mold, de-icing chemicals to prevent the formation of ice crystals in the fuel, and anti-static agents to prevent sparks occurring in the fuel tanks.

Will aviation fuel explode and is it highly flammable?

Aviation fuel doesn?t tend to explode. If it did nobody would dare to travel onboard a commercial aircraft! It is specially designed to remain consistent and controllable in its combustible properties, even in extremes of temperature and pressure. This makes it safe for use in commercial air transport.

While you may think so, aviation fuel is not especially flammable when at rest. It has a flashpoint of 100 degrees Fahrenheit, meaning that below this temperature it produces very little flammable vapor. However, when it is heated and sprayed in a vapor it becomes extremely flammable. As a general rule, the only time Jet A is heated and vaporized is when it is being burned inside a jet engine.

On an average two-hour flight on a medium-sized jet, you can expect to burn around 12,000lbs. When faced with this figure it is easy to see how an airline’s gas bill is one of its biggest outgoings.

Just as with gasoline prices at the local gas station, the cost of aviation fuel changes daily. It is a highly volatile market. At the time of writing this article, the cost of a gallon presently stands at 130 cents per barrel (USD).

The price variation is based on a few things?

Other factors that influence the cost include logistical considerations. The cost of a liter of aviation fuel is not consistent from airport to airport. It is much more expensive on remote airfields and those that are at a greater distance from the refineries.

Airlines seek to reduce their fuel bill in a few ways. The first is by a technique known as ?hedging?. This is where a trained analyst will continuously monitor the price of aviation fuel and assess a trend. If they believe that the cost is going to rise substantially, they will often ?reserve? a large amount from a supplier at a lower price. This is great when the price rises. However, if they get it wrong (which has happened in the past) and the price of aviation fuel drops, they have committed their airline to pay a price that is higher than the market rate.

Airlines will also ?tanker? to keep costs down. ?Tankering?, in its most simple form, is filling the aircraft where it is cheapest so that it will not need to refuel down-route at a more expensive airport.

Airports are some of the biggest consumers of fuel in the world, so big that they are often supplied by a direct line from the refinery. Two things matter to the users of aviation fuel, quality, and quantity. There are systems in place to ensure both. While prices may fluctuate greatly, airlines rely on a steady and reliable source, without this process they simply would not be able to operate.

James is a freelance writer and former airline Captain. He flew for over 16 years and aside from Antarctica, there isn't a continent James hasn't been to. His logbook to date lists around 280 airports and he has also spent time as an Airbus trainer for new pilots. 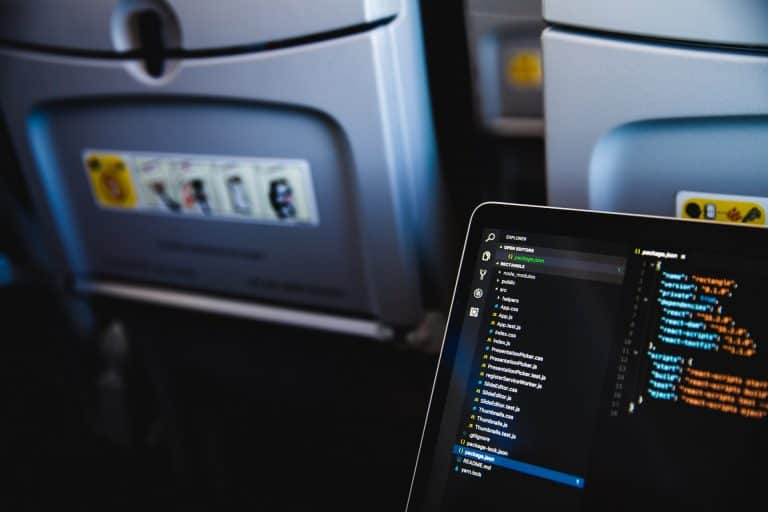 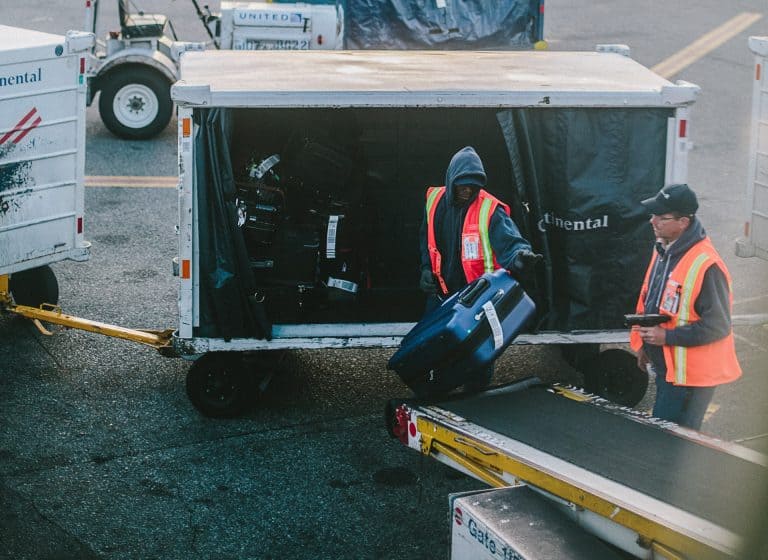 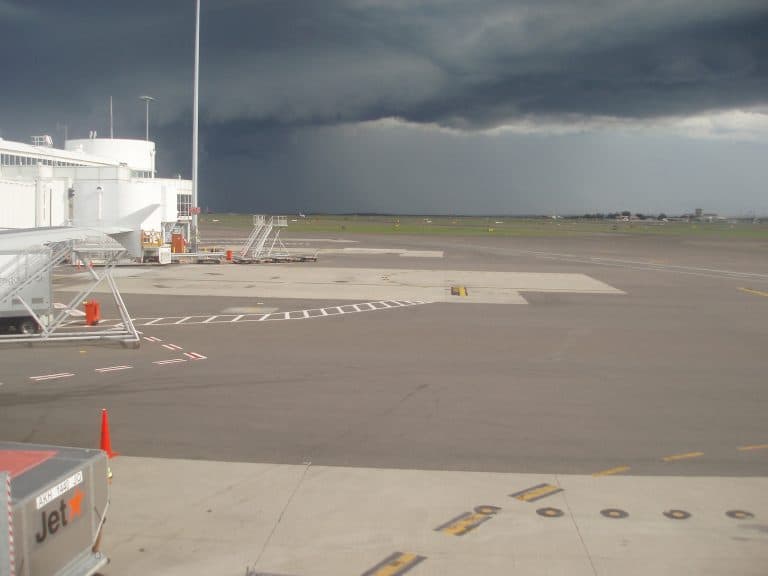 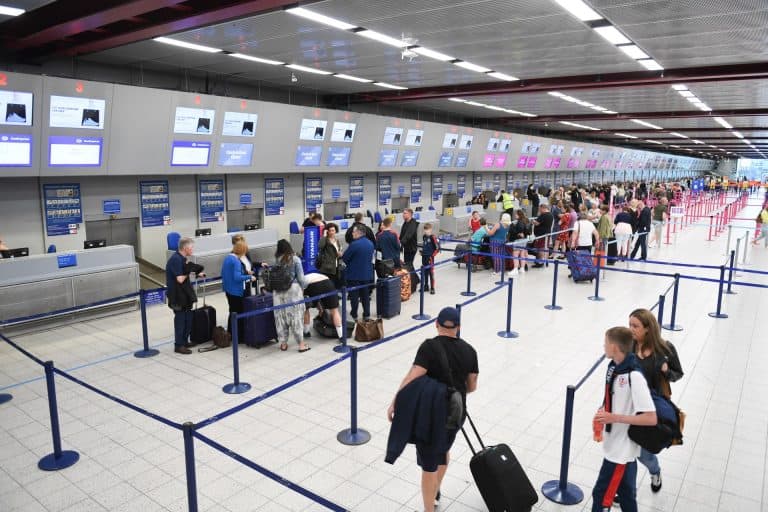 For business or pleasure? It is a simple question you often hear at the airport check-in or when you reserve your plane ticket online. You may think it is just a nice way for the… 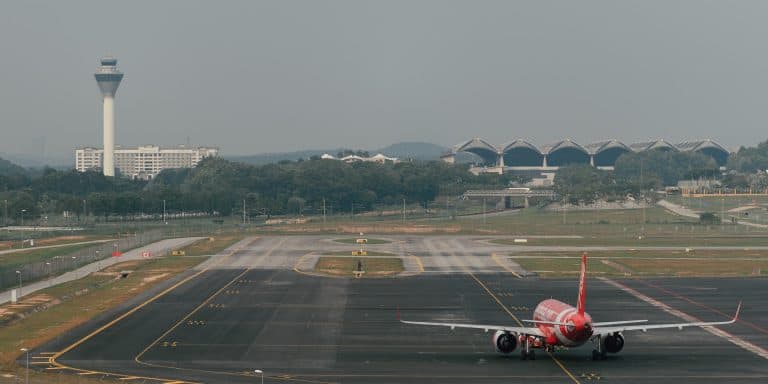 For an airport to operate it requires a runway and suitable supporting taxiways. However, if the two are not easily identifiable from each other then it could lead to a disaster.  A pilot could accidentally…